I’ve been on a quest for a long time, I’m talking years, to find a pair of flats that would work for me. For many years I gave up trying to find flats and decided to just wear sneakers or boots. One of the main reasons for giving up on flats was due to them never quite fitting my very narrow feet. My heels and ankles are really skinny and narrow. It’s made finding flats that don’t slip or flap off almost impossible.

Eventually, I discovered Tieks. They seemed interesting so I gave them a try. Overall, they looked ok, came in a ton of colors, but I had and still have problems with them.

While I do have 4 pairs of Tieks, I was still on a mission to see if there was anything better out there. I had seen a number of ads for Rothys and I kept wondering if they were too good to be true. Their price tag, like Tieks, is on the steeper side so I wasn’t sure if it was going to be worth taking the plunge, but their return policy seemed pretty liberal so that was in the back of my mind. Then a couple of months ago, my friend and coworker got a pair and they looked pretty nice. They seemed to work out well for her, and she had no complaints so I figured what do I have left to lose.

Well, I took the plunge and I bought a pair of “The Point” shoes in Orchid, a beautiful purple. My research on the site showed that the company, and customers, recommended going with the Point version if you have narrow feet. When I pulled mine out of the box, they were literally the most comfortable flats I ever put on my feet. From the first moment I tried them on I literally had no complaints. I leapt and danced through my apartment. Still skeptical though, because in the past flats have felt ok temporarily, but then after a full day wearing them I wish I hadn’t, I decided to bring them to the office. You can return Rothys as long as you haven’t worn them outside and they are still in new condition. I packed them up in my bag and slipped them on when I got to my desk. Here’s what went down. 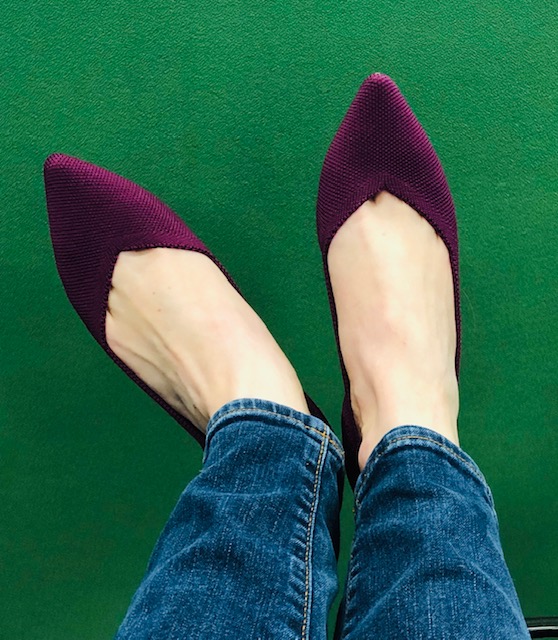 I’m now on my third full day of wearing Rothys and I can officially say I’m a fan. Here’s why I recommend them:

When I bought my pair, since I was still skeptical, I looked for a coupon code to get some money off. A lot of people post links to get $20 off so I was able to find one pretty quickly. If you want $20 off your first order to make it a little less pricey, check out my link! As a disclaimer, we both get $20 🙂 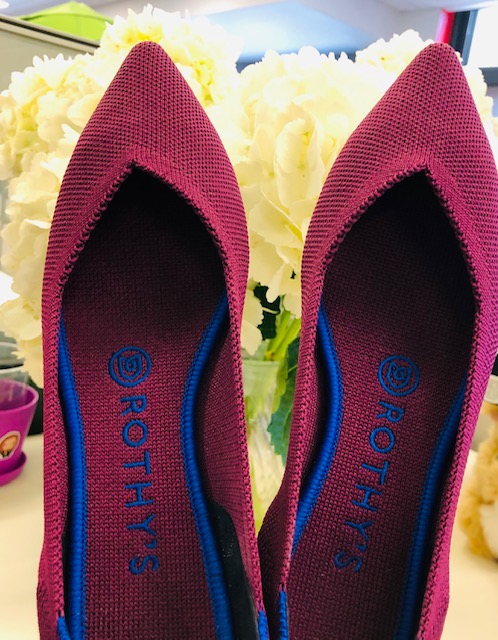 Fabulous Fashion for Plus Size Gals 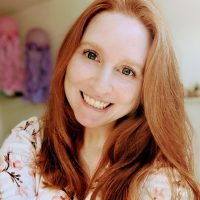